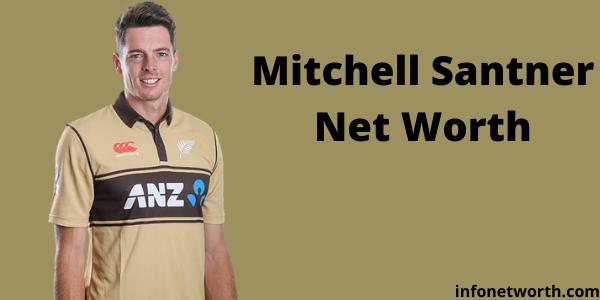 Mitchell Josef Santner is a NewZealand cricketer who plays international cricket. And, domestically he plays for Northern Districts Cricket Team. Santner is an all-rounder who is a left-handed batsman and a slow left-arm orthodox spin. He made his international debut in 2015 against England. For the first time in 2020, he captained New Zealand in the T20 international. Know more about Mitchell Santner Net Worth, IPL Salary, Career & ICC Rankings.

Santner has started playing in the Indian Premier League in IPL 2018 in Chennai Super Kings. From IPL debut to 2021 he is playing in CSK. Check Mitchell Santner IPL salary is as follows.

Mitchell has played more than 195 matches and took more than 250 wickets. Also, he has scored more than 4000 runs. Check his profile is as follows.