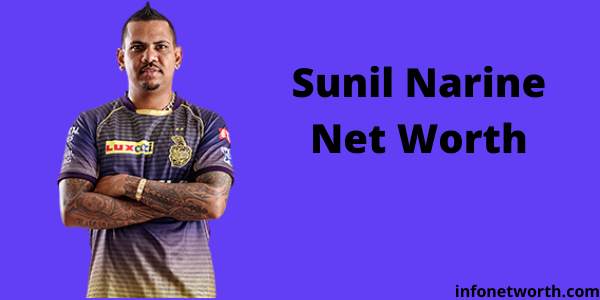 Sunil Narine is a West Indies cricket player born on 26 May 1988. He started his ODI career In Dec 2011. He is an off-spin bowler and has taken 21 wickets in 6 test matches, 92 wickets in 65 ODI, and 52 wickets in 51 T20. In the IPL he is planing for Kolkata Knight Riders since 2012. Being one of the top players, he also has an amazing lifestyle. We have seen huge growth and improvements in his game and his cricket career too. Hence, here we are talking about Sunil Narine Net Worth, IPL salary and more.

Started in the year 2013 in KKR, Sunil is still playing for the same team. He started at Rs 2.5 Cr and now has reached Rs 12.5 Cr. Check Sunil Narine IPL Salary is as follows.