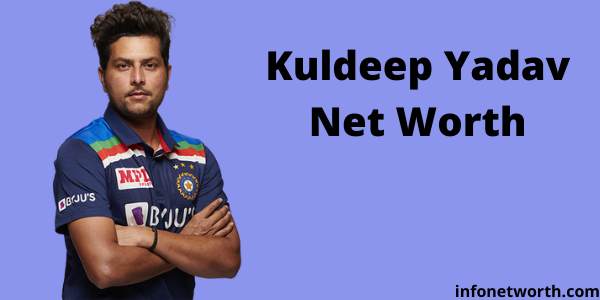 Kuldeep Yadav is an Indian cricketer who plays international and domestic cricket. In the beginning, he was a fast bowler but his coach helped him to become a left-arm unorthodox spin bowler. He also played 2014 ICC under 19 cricket world cup where he took a hat-trick against Scotland. Kuldeep became the second Indian to take 5 wickets hauls in all three formats. In 2019, he took a hat-trick in international cricket. Also, he becomes the second-fastest spin bowler to take 100 wickets in ODI cricket. Know more about Kuldeep IPL salary, career and net worth.

Yadav has plays domestic and international cricket from where he earns a good amount of money. Kuldeep Yadav net worth is Rs. 40 crore which has increased over the years due to his consistent performance. Yadav is also remembered for his exceptional bowling which aids the team in the big victories. Only from IPL, he has made around 24Cr till now.