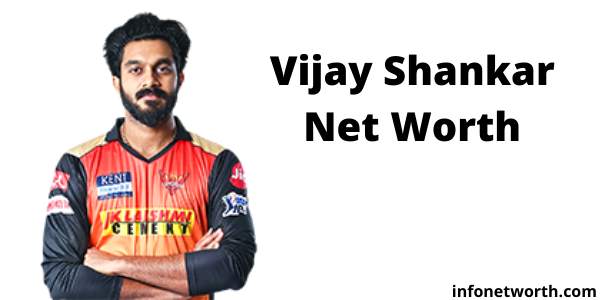 Vijay Shankar is an Indian cricketer who plays for the Indian national team. He is an all-rounder with a right-handed batsman and a right-arm bowler. Vijay made his domestic debut from the Tamil Nadu team. And, made his international debut in 2018 against Sri Lanka. Know more about Vijay Shankar Net Worth, IPL salary, career and ICC Rankings.

Sunrisers Hyderabad released Vijay Shankar and he was bought by Gujarat Titans in IPL 2022 auction. In the auction, his bid was lower and got a lower price compared to IPL salary 2021. Vijay Shankar IPL Salay is Rs. 1.4 crores.

Vijay has played more than 120 matches combined with international and domestic cricket. He has scored more than 3500 runs and took more than 75 wickets in those played matches. Check his full profile is as follows.