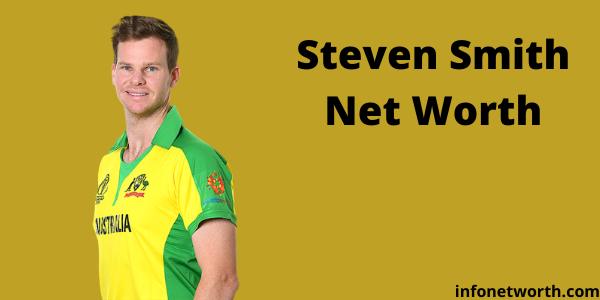 Steven Peter Devereux Smith is an Australian international cricketer and a former captain of the Australian national team. He is a right-hand batsman and is considered one of the top-ranked batsmen in the world. Steve has a high test batting average and he is being called the “best since Bradman”. Know more about Steven Smith IPL Salary, Career and Net Worth.
Currently, Steven Smith plays for New South Wales, Sydney Sixers and Rajasthan Royals. Smith made his test and T20 debut in 2010 against Pakistan. From 2015, he took the captaincy from Micheal Clarke.

Smith earns a massive income from cricket both domestic and international cricket. Steven Smith net worth is estimated at AUS$31 million and his estimated yearly salary is AUS$2 million.

Steven scored more than 12101 runs in 240 matches combined test, ODI and T20. The profile of Smith is as follows: